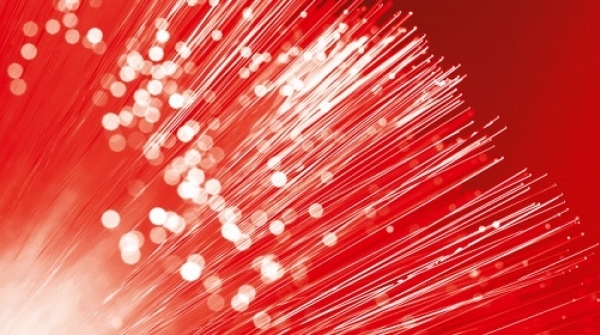 1,385 more municipalities covered by 4G or 4G+
4G+ up to 300Mbit/s is available in Reims and Valenciennes
87,000 new homes and businesses eligible for fiber connections(1)

1,385 more municipalities covered by 4G or 4G+
In 2016, SFR achieved historic levels of deployment. In 2017, SFR maintains an exceptional rate of expansion of its very high speed mobile network. In January, as for more than a year, SFR remained the operator who activated the largest number of new 4G sites according to the French National Frequencies Agency (ANFR). In January, this acceleration of the deployment brought 4G or 4G+ to 1,385 new municipalities. (see lists at the end of this release).

Firmly committed to densifying its superfast mobile broadband network, SFR will stay on track to cover more than 90% of France’s population by the end of 2017.

In addition, 4G+ up to 300Mbit/s allows all SFR customers equipped with 4G in the covered area to benefit from an increased average speed. Indeed, the deployment of 4G on a new frequency band makes it possible to increase the total capacity of the 4G network and thus the 4G speeds it offers. Thus, with the arrival of 4G+ up to 300Mbit/s, customers equipped with 4G naturally benefit from a significant improvement in the quality of service and comfort of navigation.

In January 2017, 87,000 new homes and business premises were made eligible for fiber connections in 73 municipalities across France. Thirty of these are new to the world of fiber such as Cognin, Noyelles-Godault or Vernouillet, while 43 benefited from extensions of their coverage, including Auxerre, Cugnaux, Lava, Maintenon ou Marignane (see the full lists at the end of this release). SFR fiber services are now available in to more than 1 350 French municipalities. SFR is France’s leading FTTB/FTTH provider with more than 9.3 million eligible connections(1) and – thanks to its massive investments – intends to stay ahead with its rollout plan to reach 11 million eligible connections in 2017.

Michel Paulin, SFR Telecom’s CEO explained, “With the deployment of 4G+ up to 300Mbit/s in Reims and Valenciennes and nearly 1,400 municipalities covered by 4G or 4G+ in January, SFR starts the year with a very intense deployment rhythm. Our fiber infrastructure, which remains the largest in France, is also continuing to expand in the country with 87,000 additional new fiber connections in the first month of the year. In 2016, SFR achieved historic levels of deployment. In 2017, SFR will continue its investments and the massive expansion of its very fixed and mobile superfast broadband.”

4G+ and 4G+ up to 300Mbit/s are available at no extra cost to SFR customers with 4G subscriptions and compatible terminals.

(1)Number of eligible households with fiber-optic or coaxial terminals, as applicable.