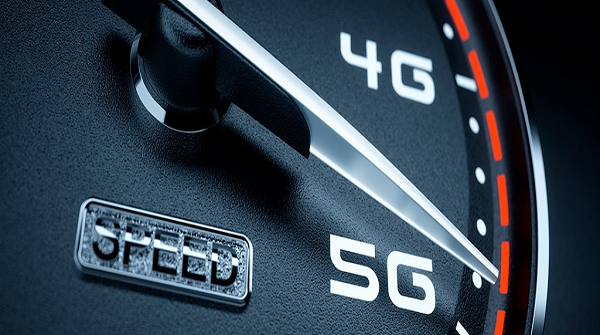 As France’s number 1 operator in terms of 4G site activations for six quarters running, SFR covered 88% of the population at the end of the first quarter 2017.

According to France’s national frequencies agency Agence Nationale des Fréquences(1), SFR lit up the most 4G base stations for six consecutive quarters and carried out the fastest ever rollout across the country. In one year, SFR’s coverage gained 22 percentage points and reached 88% of the population at the end of the first quarter 2017. This exceptional pace of deployment, backed by unprecedented levels of investment (€2.3 billion in 2016) will enable SFR to exceed its target of 90% of the population with 4G coverage by the end of 2017.

Beside the extension of superfast broadband coverage, this massive deployment also improves the mobile network’s quality of service. SFR now has the most activated 4G antennas (20,488 in April 2017, source ANRF). This considerably increases both speeds and quality, thanks to the rollout of 4G+ up to 300 Mbps.

As confirmed by the results of nPerf’s latest measurements of mobile Internet connections(2), SFR indeed achieved a spectacular improvement in the quality of service of its mobile network in the first quarter of 2017. SFR now ranks second overall across all network technologies (2G, 3G and 4G) and comes first for 4G+ coverage.

Responding to the explosive growth in service adoption, to rising expectations of quality and to the ever-increasing needs of both consumers and businesses, SFR invests, innovates and rolls out the latest, most powerful technologies. Less than a year ago, SFR introduced the 4G+ up to 300 Mbps technology in France, enabling eligible users to enjoy maximum theoretical speeds up to three times higher than with standard 4G. Now, with 200 municipalities covered, SFR boasts the country’s most extensive coverage with this technology, as was confirmed by the latest independent nPerf survey, in which SFR received the market’s best score for 4G+ connections.

In less than three months, SFR deployed 4G+ up to 300 Mbps across Paris and most of the Greater Paris metropolitan area (see list in annex). This technology’s arrival spectacularly improved the quality of SFR’s mobile network, which delivered the highest mobile internet speeds in the French capital in the first quarter 2017 (source: Speedtest).

Beyond the Paris region, SFR also introduced 4G+ up to 300 Mbps in Anglet, Bayonne and Biarritz, which joined the club of super-connected cities already including Brest, Clermont-Ferrand, Dijon, Grenoble, Le Havre, Metz, Mulhouse, Nancy, Nantes, Orleans, Reims and Valenciennes. SFR aims to deploy this technology in France’s 32 largest cities by the end of 2017.

SFR voice over 4G service is now available to consumers.

After introducing 4G calling (Voice over LTE) for all business customers in February, SFR now extended this service to B2C customers. This technology brings a considerable improvement in quality of service: voice over 4G saves the device from switching to the 2G or 3G network during calls, so users can continue to download files over the 4G network while they talk. In addition, with voice over 4G, call connection times are three times shorter and the vocal quality is improved thanks to High Definition sound.

The service is available at no extra cost to customers with 4G subscriptions and compatible devices.

Voice over WiFi will be available this summer to consumers and businesses.

To give customers quality mobile coverage everywhere, including deep inside buildings, SFR will offer voice over WiFi to B2C and B2B customers starting this summer. VoWiFi enables users to make and receive calls over any WiFi connection, even where there’s no cellular network. This integrated, transparent solution meets the mobile telephony needs of users inside buildings with poor coverage. It is available at no extra cost to customers with 4G subscriptions and compatible devices.

For the self-employed and very small businesses, SFR introduced the Box 4G Pro, a simple but complete superfast broadband solution.

Designed for entrepreneurs who are not yet eligible for an FTTH connection, the Box 4G Pro combines superfast broadband Internet and unlimited fixed-line telephony. Harnessing the power and reach of SFR’s 4G network, the Box 4G Pro can connect up to four PCs through wired connections and 32 more over WiFi. In  addition to fixed superfast broadband, this innovative offering includes a cordless DECT telephone and a fixed VoIP line with unlimited calls in France and to landlines in 54 countries. Based on SFR’s 4G network, the Box 4G Pro uses simple electric connections and requires no conventional fixed-line installation. Activated in less than 10 days, it is available for €45/month (excl. VAT).

Over the past months, SFR has conducted trials and prepared the rollout of 5G on its network. This technology will address the capacity challenges brought on by the explosive growth in service use. In the run-up to the first 5G deployments expected in 2020, SFR is evolving its network to provide customers higher speeds in the short and medium run. As was shown in technical demonstrations to the press, SFR will offer customers 4G+ up to 500 Mbps in 2018 and 4G+ up to 1 Gbps in 2019.

Michel Paulin, SFR’s CEO, said: “SFR is winning its bet. We’ve considerably extended and densified our mobile superfast broadband network and its performance is now recognized by independent surveys such as nPerf. In its latest report on mobile internet connections in France, nPerf underscored SFR’s spectacular progression as well as the extensive coverage of our 4G+ network, which has the highest connection rate in the market. Thanks to our network’s performance, we can offer our customers the most innovative technologies and prepare the future. Our ambitious program will enable us to offer our customers a 4G+ service up to 500 Mbps in 2018 and 4G+ up to 1 Gbps in 2019… while we wait for 5G!”

4G+, 4G calling and WiFi calling are available at no extra cost to SFR customers with 4G subscriptions and compatible devices. Details of the packages are on sfr.fr and sfrbusiness.fr

(1) For the 2G/3G/4G survey by the Agence Nationale des Fréquences, click here: http://www.anfr.fr/gestion-des-frequences-sites/lobservatoire-2g-3g-4g/

List of municipalities of more than 50,000 inhabitants in the Paris region covered by 4G+ up to 300 Mbps: